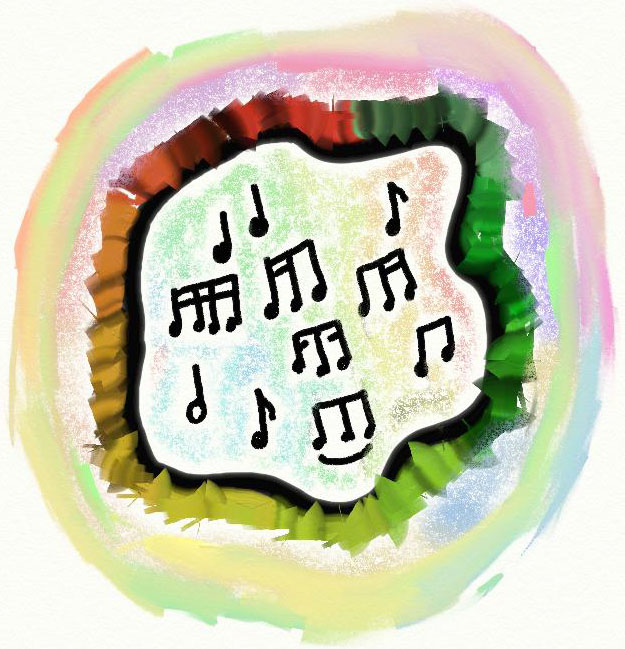 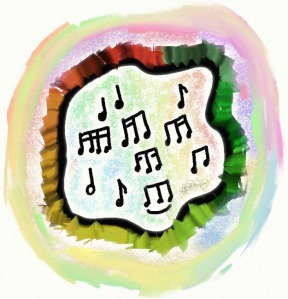 Here is the MP3 file (or MIDI file) of my First Random Song .

I used JFugue to deal with MIDI stuff and implemented the code that generates chords sequence, notes duration and basic melody following some simple rules (e.g. the notes are from the C Major pentatonic scale and the chords are the simple: C F G Am).

Despite the simplicity, I really enjoyed the result. =D Well, I’ll give more details about the implementation later.

This is the first test of a project in which I’m studying new ways of composing music using multitouch tabletop interfaces. I’ll also talk about it later.

PS: the picture above I painted using ArtRage 2 Started Edition, it’s quite nice to play around with the tablet using this software. I don’t like to post anything without a picture… =)